Experienced geeks will create your Startup MVP for FREE

In 2 weeks you could have the initial version of your startup and full code ownership, saving yourself $10,000 in development costs.

The 2 weeks are up and our team is happy to present a brand new Android app. IGotNext is a real-time, social, party-matching app for gamers. The app connects strangers together to play the games they love.
The registration process is simple; just choose a username and password, enter your Nintendo and Discord IDs, then you are ready to go.

Our team are avid gamers so we understand how important it is to have a good range of games to choose from. That’s why we created a lobby where you can easily choose from a wide selection of games. Once you’ve chosen your game, you are directed to the home screen. Here you will find a list of active gamers and our implemented filter sorts them based on skill level. Now you simply choose a suitable partner and invite them to join you.

Once we have finished the development, we will work together with Glitch Creative Labs to add further commercial features and take this project beyond the MVP stage.
The app is currently undergoing internal testing and will be launched on ProductHunt and the public marketplace in 1 week.
But if you can’t wait that long, don’t worry, because you can test the app right now! Just leave us your email and we will send you an invitation.

In the future, we plan to launch the app on IOS as well as Android; that’s why we chose cross-platform mobile development. It allows us to build for more than one platform using the same code base; React Native.

We’ve had great results working with Glitch Creative Labs before, so we were very pleased that they decided to work with us on the commercial development of this app.

We are a Ukraine-based startup development team and our previous projects include BeautyAdvisor, Raisal and ProcessBoard. When we have spare time between projects, we launch MVP challenges to keep our skills sharp and to network with people and companies around the world.

Advice for participants of the next MVP Challenge 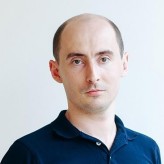 Nice result! is it native app?

This is a React-Native app